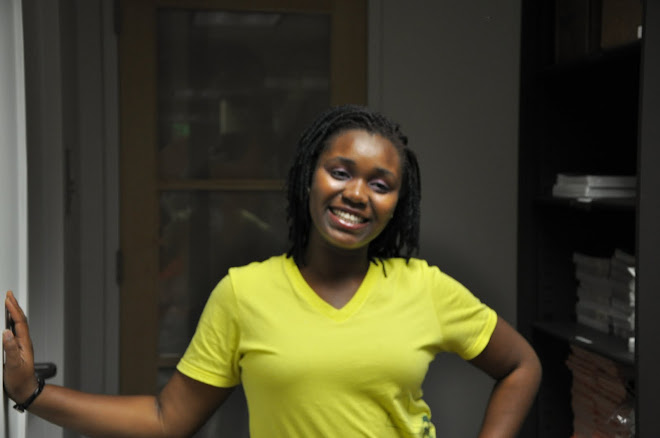 Home is where the Tea is

Calling this picture: The little things. Maybe it's because I'm trying to jet all over the world this fall. Okay, Western Europe. Since I'm not gonna be HOME HOME till January, my concept of home is a bit recalculated. I'm usually a slight Starbucks snob, you know, Death to Chain businesses, Support Local et al. But now, even this Tea (not coffee) drinker goes to Starbucks in all different countries and smiles because for now, A cup of earl grey full leaf tea with a splash of nutmeg and vanilla and a disturbing amount of sugar at Starbucks = Home 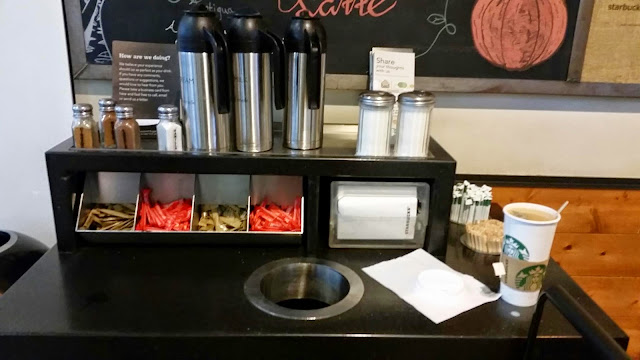 Posted by onlyayo at 6:18 AM No comments:

I'm spending a semester in London, and while it will seem strange that I don't discuss London or studying much, please forgive me, I am on a once in a lifetime adventure across Europe during my free time, so feel free to follow me. Please don't tell my parents.

Arrival: Four friends and I got into  London on Sept 3rd and left on Sept 4th for Rome via Ryan airlines. Problem No. 1. I forgot my printed boarding pass at home and has to pay Ryan Air £15 to print a new one. Lil basterds. That hurt. And I had to scarf down one of my small packs of applesauce at security because apparently its a liquid. (Blame that on security not Ryan air)

Rome: What an interesting city and first stop in our journey. Saw the major sites: Coliseum, Ancient roman city. Got some Ahhhhmazing pizza.
General thoughts of the Italian people of Rome: They're a little closed off. Not out of their way nice to tourists. I felt the language barrier there.

Funny Things: We climbed the Basicilica something Paul maybe..... It was near the Vatican, so we.... Actually I don't know what we thought, so we climbed like 300 stairs. Thought my heart might explode but we made it to the too and SURE glad we did. Because if we hadn't, we wouldn't have seen how beautiful it was up there.
Near the Vatican area we had some AMAZING food at a restaurant. The name was Renovation or something of that sort, it was really close to the Vatican and the basicilica.

Florence:
Ohhhh what sweet sweet joy Florence was. The people were so much nicer, friendly and.... Spoke lots of English. We also ran into many american touristy types and study abroad folks.

On our first grocery trip, I actually was recognized by a girl I'd started following on Instagram because she'd been featured on @Travelnoire. It was kinda cool to get recognized especially because it was my teal blue glasses she actually recognized.

Walked around a lot.
Interesting experience: I ordered a spritzer or something. This drink basically looked a fanta colored sprite. And tasted..... Like Bad cough medicine. It was awful and I guess the waitress didn't understand that I hated it because when i said I didn't want it, she took it but it still was on my bill. Yea, anyway. Florence was amazing. On our last night, a friend from back home told us to check out a Gelato place that he said was the best in Florence. It was a mile from where we were and I THOUGHT we should have gone because, well.... who knows when next I'll be in Florence. Anyway, we didn't go. That's kinda what happens when you
travel with people. Free will is diminished a little bit. Oh well. I'm over it... I think.

Pisa: We took a day trip to Pisa and it was such a GROSS rainy day, so we had to buy umbrellas and take pictures while trying not to ruin our cameras and phones. Had to see the leaning tower of Pisa, or like the Simpsons refer to it, the Leaning Tower of Pizza. Yummmmm.

Dumb idea of the day: The information we read online made it ambiguous about whether we could actually return to Florence with the same ticket we used to get to Pisa. Cuz there wasn't any barrier to stop you really from getting on a train without a ticket. Our wager was quite the fail because amidst my sleep, an inspector came, we smiled and showed her our ticket and she looked at us, like.. OH NO, wrong one. And we acted....confused. Lol, that's what's happens when you have four law students deciding to enjoy the ambiguity
of the rule. Soooo she made us pay the fair there. Which isn't the biggest of deals, cuz it was actually €2 cheaper than we'd have paid if we'd bought a new one to Florence. Anyway, it all worked out, we saved money and got to play the stereotypical idiot tourists.

Posted by onlyayo at 9:40 AM No comments:

RANDOM THOUGHTS for my most recent trip to Nigeria

Re: Marriage
"I pondered about the transformation that must have occured in me in the last 18months since I last visited Lagos, because now the primary question I got from people was along the lines of 'Where is your husband?' as though they'd seen pictures of a wedding that never happened, their questions a constant reminder of my singlesness. " As I would say to my American friends "a sistah cant even get a second date and they want her to bring a husband? EHarmony tho?"

Re: My weight
"A frequent part of the teeter tottering of my American and Naija self is the constant comment about my weight. One woman who I had not seen in at least 15 years said as soon as she saw me, "WOW, Ayomide, you are a carbon copy of your mother. Ah, you are fat oh!," as the words of a woman stating a fact like, "Your hair is long." But she also said I need to lose weight. A number of other people also casually mentioned my weight and needing to "slim down," even a boy that was interested in beginning a relationship with me.
I had to re and re and reremind myself that when a Nigerian says "You're fat" it lacks the venom of the same words out of the mouth of an American. Ugh, Such is the life of one who considers herself American and Nigerian.

Re: Online Shopping.
I am about to purchase a pair of shoes while sitting in my law school class. This shoe will arrive at my door in a few days. I cannot help the contrast to Nigeria where this entire idea would be foreign to most people. Think about it, 1. You'd need to have a trustworthy internet and Electricity Connection in the classroom.
2. You'd have to have a readily accepted bank card of some sort. (they have some, just not as widely accepted/used)
3. Mail System: Would have to have a dependable mail system with things like roads and addresses that can be reached without stopping to ask several people, a Mail Box where one could deposit your items without fear it would be stolen.

We're getting there though. Websites like Jumia.com are heading to a great spot in the economy. But, who knows when it will become the norm.

I am amidst reading Americanah by Chimamanda Adiche, and so I will be trying to blog more, and some of them will likely sound a little whimsical, Please Humor me.

Random Lines from the book I love:

"The exaggerated gratitude that comes with immigrant security"

“Dear American Non-Black, if an American Black person is telling you about an experience about being black, please do not eagerly bring up examples from your own life. Don’t say ‘It’s just like when I ...’ You have suffered. Everyone in the world has suffered. But you have not suffered precisely because you are an American Black. Don’t be quick to find alternative explanations for what happened. Don’t say, ‘Oh, it’s not really race, it’s class. Oh, it’s not race, it’s gender. Oh, it’s not race, it’s the cookie monster.’ You see, American Blacks actually don’t WANT it to be race. They would rather not have racist shit happen ...”
Posted by onlyayo at 11:26 AM No comments:

Narcissm a way of life of a group of people

I had a conversation with someone today, and wondered afterward:
"How are you a narcissitic know it all who is not very succesful as defined by many, and younger than most people you attempt to boss around."

The answer came to me, this person is a law student.
Law school, a place where being a confident narcisstic know-it-all is not surprising.